Mortgage interest rates in the U.S. rose to the highest level since November 2020, for the week ending February 18, 2021, according to Freddie Mac's weekly Primary Mortgage Market Survey. 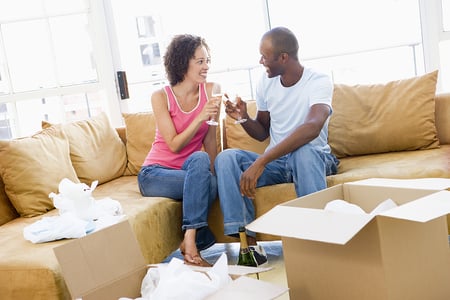 "[The 30-year note reached] its highest point since mid-November," Sam Khater, Freddie Mac's chief economist, said. "Economic spending has improved due to the most recent stimulus, but supply chain shortages are causing downstream inflation, leading to higher mortgage rates. While there are multiple temporary factors driving up rates, the underlying economic fundamentals point to rates remaining in the low 3 percent range for the year."

The five-year, adjustable-rate mortgage (ARM) averaged 2.77 percent, with an average 0.2 point, two-basis points more than 2.79 percent the week before. The five-year ARM averaged 3.25 percent during the same week in 2020.

"The housing market in early 2021 continues to be constrained by low inventory and higher prices," Joel Kan, the MBA's associate vice president of economic and industry forecasting, said. "Conventional and government applications to buy a home declined last week, but purchase activity overall is still strong - up 15 percent from last year. The average purchase loan size hit another survey high at $412,200, partly due to a larger drop in FHA applications, which tend to have smaller-than-average loan sizes.

Homebuyers had fewer homes to choose from in January compared to the previous January. Single-family inventory dropped 64 percent statewide. There was less than one month (0.7) of real estate inventory statewide at the end of January. About six months of inventory is considered a balanced market between home buyers and home sellers.

The number of condominiums on the market fell 26.1 percent. On January 31, 2021, there were 1.4 months of inventory statewide.