Mortgage interest rates kicked off the New Year with a new record low.

The 30-year, fixed-rate mortgage loan interest rate averaged 2.65 percent, with an average 0.7 point. It was the lowest rate in Freddie Mac's mortgage survey history, dating back to 1971. The 30-year note averaged 2.67 percent the week before and 3.64 percent during the same week in 2020.

"Despite a full percentage point decline in rates over the past year, housing affordability has decreased because these low rates have been offset by rising home prices," Sam Khater, Freddie Mac's Chief Economist, said. "[T]he forces behind the drop in rates have been shifting over the last few months, and rates are poised to rise modestly this year. The combination of rising mortgage rates and increasing home prices will accelerate the decline in affordability and further squeeze potential home buyers during the spring home sales season."

Real estate inventory, which steadily declined for years before the pandemic, has plummeted over the past nine months or so in the Greater Boston area. More home listings in 2021 are the cure for skyrocketing home prices.

Condominium inventory also declined, decreasing 15.9 percent to 3,962 units on the market compared to 4,714 in November 2019. November 2020 also had the fewest condos for sale for any November.

The five-year, adjustable-rate mortgage (ARM) loan averaged 2.75 percent, with an average 0.3 point, up from 2.71 percent the previous week. The five-year ARM averaged 3.30 percent during the same week in 2020.

What is a Homebuyer's Debt-to-Income Ratio?: Massachusetts homebuyers should understand their debt-to-income ratio when applying for a mortgage loan because it is a way lenders measure your ability to manage monthly mortgage payments. Learn more. 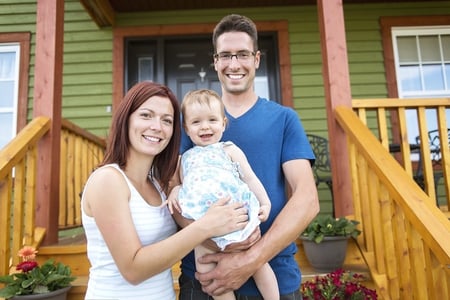 Costs First-time Homebuyers Should Consider Beyond Mortgage Payments: You have provided your loan officer with your pay stubs, W-2s, tax returns, bank statements, and other financial documents. The lender has reviewed the documents and provided you with a pre-qualification or a loan estimate. You're all set to go house hunting in Massachusetts or to close, and you'll know exactly how much it will cost you to be a homeowner. Not exactly. Learn more.

5 Credit Score Myths Homebuyers Should Know: What is the recipe for those 11 herbs and spices? How does that cola taste that way? How did they come up with my credit score? It may seem like Fair Isaac, the company behind the FICO Credit Score, is as secretive as KFC and Coca-Cola when it comes to its credit score recipe; however, there are some credit score myths we know are not true.  Learn more.

15 Mortgage Terms Homebuyers Should Know: Massachusetts first-time homebuyers sometimes feel like they are listening to a foreign language when learning about the many lending terms related to a mortgage loan. There are many, and several of the words and acronyms sound similar. Learn more.