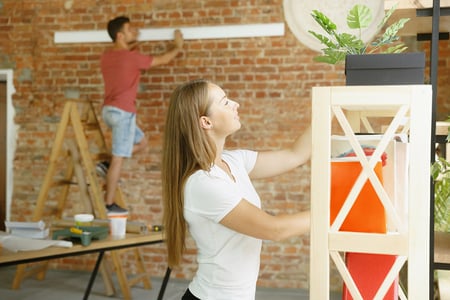 "As expected, mortgage rates continued to inch up but are still hovering around three percent, keeping interested buyers in the market." Sam Khater, Freddie Mac's chief economist, said. "[On the other hand,] residential construction has declined for two consecutive months and given the very low inventory environment, competition among potential homebuyers is a challenging reality, especially for first-time homebuyers." There isn't and hasn't been much new construction in Massachusetts – except for luxury Boston condominiums – since the financial crisis in 2008.

The five-year, adjustable-rate mortgage (ARM) averaged 2.79 percent, with an average of 0.3 points, compared to 2.77 percent the prior week. The five-year ARM averaged 3.11 percent during the same week in 2020.

Massachusetts homebuyers purchased 2,748 homes in February, up 8.1 percent from 2,541 closings in February 2020. Condominium sales rose 6 percent to 1,276 in February.

Statewide there was less than one month of single-family home inventory (0.6) in February, dropping 71.4 percent from February 2020. About six months of inventory is considered a balanced market between home buyers and home sellers. Condominium inventory decreased by 35 percent to 1.3 months.