Average mortgage interest rates in the United States reached an all-time low for the week ending May 28, 2020, according to Freddie Mac's weekly Primary Mortgage Market Survey. 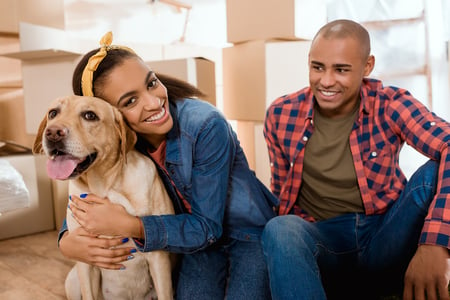 The 30-year, fixed-rate mortgage loan interest rate averaged 3.15 percent, with an average 0.8 point, compared to 3.24 percent the prior week and 3.99 percent the same week last year.

"The 30-year, fixed-rate mortgage has again hit the lowest level in our survey's nearly 50-year history, breaking the record for the third time in just the last few months," Freddie Mac's Chief Economist, Sam Khater, said. "These unprecedented rates have certainly made an impact as purchase demand rebounded from a 35 percent year-over-year decline in mid-April [to increases over several weeks,] a remarkable turnaround given the sharp contraction in economic activity."

The 15-year, fixed-rate mortgage loan averaged 2.62 percent, with an average 0.7 point, down from 2.70 percent the week before. A year ago, the 15-year note, which is popular with homeowners who want to refinance, averaged 3.64 percent.

Mortgage interest rates are just one factor that borrowers should consider when choosing a mortgage program and lender. The lowest interest rate doesn't always result in the lowest monthly payment.

Homebuyers should obtain a pre-approval letter before starting their home search. You should know that you cannot lock in an interest rate until you are within about 30 to 45 days from your closing date. Interest rates change daily. Shopping around for the best interest rate before you have had an offer on a home accepted is a waste of your time.

"The pent-up demand from homebuyers returning to the market continues to support a recovery from the weekly declines observed earlier this spring," said Joel Kan, the MBA's Associate Vice President of Economic and Industry Forecasting.

Purchases applications increased for the seventh consecutive week. When the coronavirus outbreak started, purchase applications by homebuyers fell 35 percent on an annual basis.

"However, there are still many households affected by the widespread job losses and [the] current economic downturn. High unemployment and low housing supply may restrain a more meaningful rebound in purchase applications in the coming months," Klan said.

MA Home Prices Up in April, Sales Down

Massachusetts home prices rose in April due to meager inventory, and closed sales declined, Banker & Tradesman, a publisher of real estate data, reported on May 27, 2020.