It's unclear whether the decline in Massachusetts home sales in February 2020 was due to the coronavirus or the continued dramatic drop in the number of homes available for sale. Maybe it was both.

Simple economics has fueled the increase in home prices over the past several years. The demand has been much higher than the supply.

Single-family inventory plummeted 32.3 percent in February to 8,163 available houses from 12,062 in February 2019. February marked the 96th time in the last 97 months of year-over-year declines in single-family supply. It also was the fewest homes for sale in any February since MAR began reporting such data in 2004.

The number of months supply of single-family houses dropped 34.6 percent to 1.7 months statewide from 2.6 months. About six months of inventory is considered a balanced market between home buyers and home sellers. The number of new listings in February increased by 12.4 percent on a year-over-year basis.

The Massachusetts condominium market experienced an increase in both units sold and median prices in February.

Condominium inventory fell 24.6 percent to 3,132 from 4,156 available units in February 2019. February had the fewest number of condos for sale in any February since MAR began compiling such data in 2004.

The number of months of condominium supply nosedived 30.4 percent to only 1.6 months compared to 2.3 months the previous February. Like single-family homes, new listings for condos increased. There were 2,067 listings, up 6.5 percent from 1,940 in February 2019.

Mortgage applications to purchase a home dropped 15 percent last week to the lowest level since August, and loan applications fell 11 percent compared to the same week in 2019, the Mortgage Bankers Association reported. March 25, 2020. 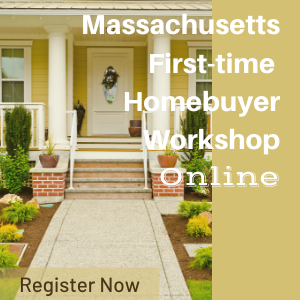