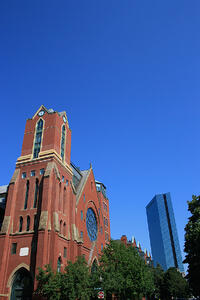 The South End is one of the most popular Boston neighborhoods for those individuals who desire a vibrant community. Its tree-lined neighborhood streets are known for historic properties, many dating back to the 1800s; charming brick sidewalks; ethnically diverse restaurants; eclectic shopping; distinct art galleries; and many small, quaint parks.

Geographically, the South End is located between Back Bay and South Boston and in close proximity to the theater district, Chinatown, Beacon Hill and downtown Boston. The neighborhood extends from Massachusetts Avenue on the west to Berkley Street on the east and north to south from Columbus Avenue to Albany Street.

This diverse neighborhood is home to folks from all walks of life including singles, young families, working professionals and empty-nesters. Major tenants of the neighborhood include Boston Medical Center and Boston University School of Medicine. Residents of the South End inhabit a mix of historic brick town homes, modern loft-style properties and full service condominiums. Nearby parks, playgrounds and the community gardens all add to the neighborhood's allure.

The neighborhood’s restaurants, bars, galleries and boutiques line Columbus Avenue and Tremont and Washington streets. One measure of the South End's diversity is in the variety of restaurants and cafes that include Thai, Mexican, French, Italian, Indian and American food, just to name a few. Theatre options include City Stage Co. and the Boston Center for the Arts. The SoWa District on Harrison Avenue is filled with art galleries and artist's studios and on Sundays between the spring and early fall hosts the SoWa Open Market, which attracts artisans and shoppers from all over the city. The South End also is home to a number of public art exhibits. For those interested in the neighborhood's history, the South End Historical Society is a great resource. 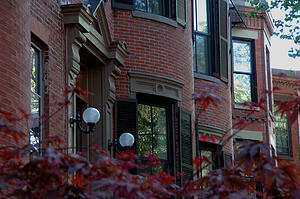 With its vibrant social and cultural life, historic properties and proximity to all of the best of what Boston has to offer, the South End remains a popular destination for Massachusetts home buyers looking for houses and condos for sale.

Second photo by Walter (Walrus2) via a Creative Commons license.