Many Massachusetts home buyers already desire homes close to public transportation, but the Bay State's gas tax hike that went into effect July 31, 2013 may increase the popularity of such homes. 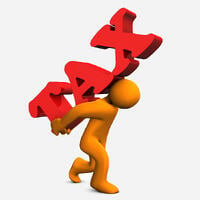 According to a study released March 20, 2013 by the American Public Transportation Association (APTA) and the National Association of Realtors (NAR), Boston real estate values during the last recession performed 129 percent better on average if they were located near public transportation with high-frequency service.

Properties near public transportation may continue to out pace other homes, as result of costlier gasoline in Massachusetts.

The Massachusetts gas tax rose by 3 cents a gallon to 26.5 cents a gallon, including a 2.5 cent a gallon surcharge for cleaning underground storage tanks. The gas tax increase along the state's cigarette tax rose by $1 to $3.51 per pack. Both tax increases are part of a law that will raise $500 million this fiscal year and then about $805 million a year by 2018. Another part of the tax law is a provision to start charging the 6.25 percent sales tax on software services, so walking might not exempt you from new taxes. The new law also includes a provision to increase the gas tax with inflation starting Jan. 1 of 2015, a taxing trigger that may keep the cost on the rise.