Average U.S. mortgage interest rates declined to start February 2019 and are less than 10 basis points higher than average rates a year ago, according to Freddie Mac's Weekly Mortgage Market Survey for the week ending February 7, 2019. 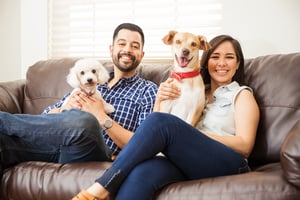 The interest rate for the 30-year, fixed-rate mortgage loan averaged 4.41 percent, with an average 0.4 point, falling to the lowest interest rate in 10 months. The 30-year note averaged 4.46 percent the previous week and 4.32 percent during the same week last year.

“The U.S. economy remains on solid ground, inflation is contained, and the threat of higher short-term rates is fading from view, which has allowed mortgage rates to drift down to their lowest level in 10 months," Sam Khater, Freddie Mac's chief economist, said. "This is great news for consumers who will be looking for homes during the upcoming spring home-buying season. Mortgage rates are essentially similar to a year ago, but today’s buyers have a larger selection of homes [nationally] and more consumer bargaining power than they did the last few years.”

The five-year, adjustable-rate mortgage (ARM) averaged 3.91 percent, with an average 0.3 point. The five-year ARM averaged 3.96 percent the previous week and 3.57 percent a year ago.

First-time homebuyers should always consider the total cost of borrowing for a home by providing a lender with detailed financial documentation and asking for a loan estimate that itemizes closing costs.