Median prices, sales, and inventory of single-family homes in Milford, Massachusetts, decreased in September 2022 on a year-over-year basis, according to data compiled by the Massachusetts Association of Realtors (MAR). 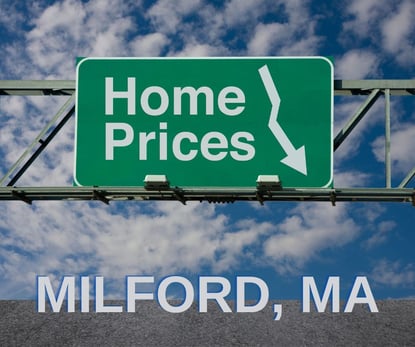 • Single-family home inventory remained tight in September, with slightly more than one month of supply. About six months of inventory is considered a balanced market between home buyers and sellers.

• The number of houses for sale dipped by two to 21 in September year over year.

• The number of condos on the market increased by one to seven.

• The number of months of supply of condominiums rose from about three weeks to one month in September.

• Homebuyers paid, on average, 103 percent of the original listing price compared to 104 percent in September 2021.