Mortgage Interest Rates Rise 6 Out of the Last 7 Weeks 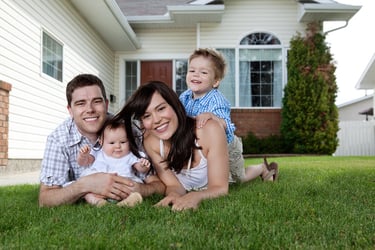 “In this week’s survey, the 30-year fixed-rate mortgage jumped 19 basis points to 4.90 percent," Sam Khater, Freddie Mac’s chief economist, said. "Rates are now at their highest level since the week of April 14, 2011.”

The 30-year, fixed-rate mortgage averaged 4.90 percent, with an average 0.5 point, up from 4.71 percent the previous week. Average interest rates have increased six of the last seven weeks. A year ago at this time, the 30-year note averaged 3.91 percent.

“Rising rates ... and escalating home prices [are] putting downward pressure on purchase demand. While the monthly payment remains affordable due to the still low mortgage rate environment, the primary hurdle for many borrowers today is the down payment, and that is the reason home sales have decreased in many high-priced markets.” In Massachusetts, home sales cooled off in August, rising less than 1 percent.

The five-year, adjustable-rate mortgage (ARM) averaged 4.07 percent, with an average 0.3 point, up from the previous week when it averaged 4.01 percent. A year ago at this time, the 5-year ARM averaged 3.16 percent.