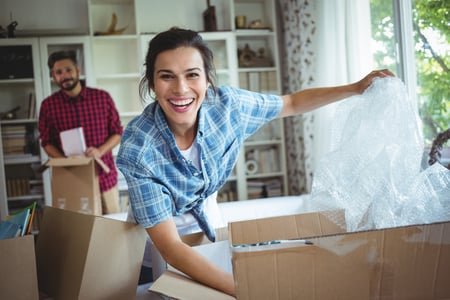 "After moving up for seven consecutive weeks, mortgage rates have dropped due to the recent, modest decline of U.S. Treasury yields," Sam Khater, Freddie Mac's chief economist, said. "As the economy recovers, it should experience a strong rebound in the labor market. [T]hese positive signals will continue to bolster purchase demand.

Khater added, "The drop in rates creates yet another opportunity for those who have not refinanced to take a look at the possibility."

[Related: What is Debt-to-Income Ratio for Massachusetts Homebuyers?]

The five-year, adjustable-rate mortgage (ARM) averaged 2.92 percent, with an average 0.1 point, compared to 2.84 percent the previous week. The five-year ARM averaged 3.40 percent during the same week in 2020.

Both purchase mortgage applications and refinance applications declined, according to the Mortgage Bankers Association's (MBA) latest Weekly Mortgage Applications Survey for the week ending April 2, 2021. The seasonally adjusted "Purchase Index" decreased 5 percent from one week earlier, the MBA reported April 7, 2021. The unadjusted Purchase Index fell 4 percent compared with the previous week but was 51 percent higher than the same week one year ago.