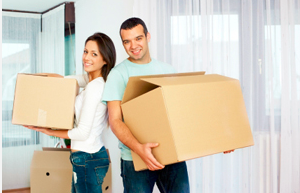 Single-family home sales declined 5.8 percent statewide from 5,186 homes sold in September 2016 to 4,883 sales in September. Closed sales have been down or flat nine out of the last 12 months, and September is the sixth consecutive month sales have declined.

Massachusetts condominium sales decreased 7.6 percent in September to 1,864 units sold from 2,017 sales the previous September. Condo sales have been down or flat seven out of the last 12 months.

About six months of inventory is considered a balanced market between buyers and sellers. Many cities and towns in the Boston area have a significantly fewer number of months supply of single-family inventory, including Arlington (1.3), Cambridge (2.3), Dedham (2.1), Melrose (1.2), and Quincy (1.9).  September 2017 had the fewest number of single-family houses on the market since MAR has tracked real estate inventory.

Massachusetts condominium inventory declined 24.1 percent to 2.2 months supply of inventory. September marked the 21st month out of the last 22 months that condo inventory has decreased.