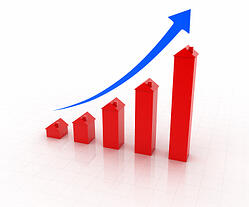 Our neighbors to the north also are experiencing a real estate recovery.

The New Hampshire Association of Realtors said that 1,587 single-family homes sold in June, the most sales since the September 2005 housing peak, the New Hampshire Union Leader reported July 31, 2013.

Condominium sales also rose, with unit sales 13 percent ahead of last year for the first six months of 2013, and median condo prices up 6 percent through the first two quarters of 2013.

NH homes are selling faster as well, with the average time on the market at 89 days in June, a decline from 108 days in June 2012.