Burlington, Massachusetts, a suburban town about 25 minutes north of Boston and 35 minutes south of the New Hampshire border, is home to many industries, retailers and a diverse real estate market. 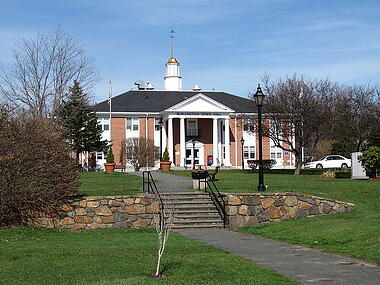 Burlington, MA is close to the junction of Routes 3 and 128 and not far from Interstate 93, making it a popular commuter location for Massachusetts home buyers. Burlington is bordered by Bedford, MA; Wilmington, MA; Woburn, MA; and Lexington, MA. It is about 12 miles from Boston, and it is 224 miles from New York City.

Settled in 1641, Burlington was officially incorporated on February 28, 1799.  Early homesteads remain standing, like the Francis Wyman House dating back to 1666. Burlington is located on the watersheds of the Ipswitch, Mystic and Shawsheen rivers. Up through the 19th Century, the mill industry was active in the town.

For most of its history, Burlington was primarily an agricultural town, selling rye and hops to Boston while supplementing income with small shoe or garment-making shops. Early railroad expansion in Massachusetts passed Burlington by, so early development was limited. Burlington residents continued to cure hams for Boston's markets and produced milk, fruit, and vegetables.

Burlington shed its small-town ways, and its economic focus changed dramatically upon completion of Route 128. The highway kicked off enormous expansion, and between 1955 and 1965 Burlington was the fastest-growing town in the Commonwealth of Massachuetts. Development and population in Burlington tripled in a five-year period. 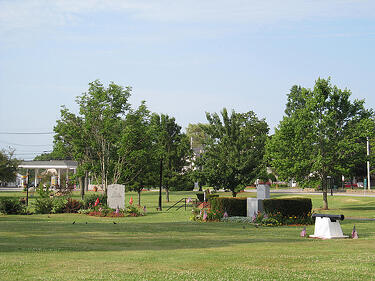 The MBTA runs several bus routes in Burlington, including an express bus to Boston. The closest subway station is eight miles away at Alewife Station in Cambridge, Massachusetts. The MBTA Commuter Rail and Logan Express (Logan International Airport) services are available at the Anderson Regional Transportation Center in nearby Woburn, MA.

Burlington operates Before and After School Programs and integrated preschool programs. In addition, Burlington is the home to a satellite campus of Northeastern University and one of the three campuses of Bay Path College.

Major employers in Burlington, MA include, among others, the Lahey Hospital and Medical Center, Oracle Corporation, SAP AG and TD Bank.

First photo by John Phelan and second photo by Doug Kerr, both via Creative Commons license.