Despite the lack of inventory, Massachusetts home buyers continue their quest for homes.

Both single-family home sales and median price increased in January compared to January 2012, the Massachusetts Association of Realtors reported February 26, 2013. 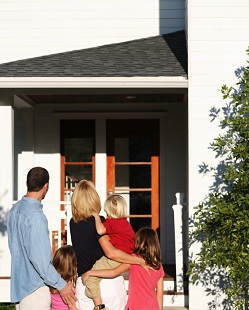 There were 2,676 detached single-family homes sold in January, 13.7 percent more than the 2,353 homes sold the previous January.  January had the most closings since January 2007 when there were 2,828 homes sold. On a month-to-month basis, home sales were down 29.6 percent from 3,801 homes sold this past December. A significant month-to-month decrease is typical from December to January.

The median price for single-family homes in January was $282,500, an increase of 5.4 percent from $268,000 in January 2012. The lack of inventory is slowly driving up home prices; however, sellers should feel more confident about the real estate market. Seller confidence in the market should result in more home listings over the coming months. On a month-to-month basis, the January median selling price fell 5.8 percent from $300,000 in December 2012.

There were 986 condominiums sold in January, a 15.7 percent increase from the 852 condos sold the same time last year. January marked the 13th straight month of year-over-year condo sales increases. On a month-to-month basis, condominium sales were down 33.3 percent from 1,478 homes sold this past December. Similar to single-family homes, a significant month-to-month decrease is typical from December to January.