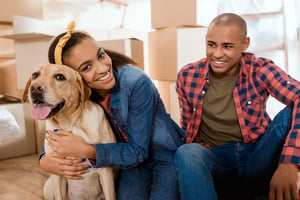 The 30-year, fixed-rate mortgage loan averaged 3.49 percent, with an average 0.5 point, from 3.58 the previous week. A year ago, the 30-year note averaged 4.54 percent. The average 30-year mortgage loan interest rate has remained below 4 percent for 15 consecutive weeks.

The 15-year, fixed-rate mortgage loan averaged 3 percent, with an average 0.6 point, compared to 3.06 percent the prior week and 3.99 percent the previous year.

The five-year, adjustable-rate mortgage (ARM) averaged 3.30 percent, with an average 0.4 point, down from the week before when it averaged 3.31 percent. The five-year ARM averaged 3.93 percent during the same week last year.

A lack of real estate inventory has contributed to rising home prices. The number of single-family homes on the market dropped 15.9 percent in July to 13,783 houses available statewide compared to 16,385 in July 2018. The number of months supply of inventory plunged 17.1 percent to 2.9 months in July compared to 3.5 months in July 2018. Single-family housing stock declined for the 89th time in the last 90 months on a year-over-year basis. About six months of inventory is considered a balanced market between home buyers and home sellers.