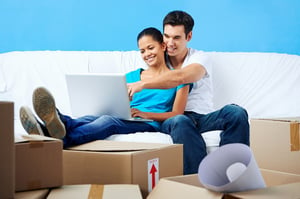 The 30-year, fixed-rate mortgage loan averaged 4.31 percent, with an average 0.4 point, compared to 4.41 percent the previous week. Interest rates remained below year-ago levels for the fifth consecutive week and were at the lowest level in about 13 months. The 30-year note averaged 4.44 percent during the same week last year.

"Mortgage rates declined decisively this week amid various market reports, a strong bond auction and further uncertainty around the Brexit deal, which all contributed to driving bond yields lower," Sam Khater, Freddie Mac’s chief economist, said. "At 4.31 percent, the average 30-year fixed mortgage rate is at its lowest since February of last year. While these low rates will certainly get the attention of prospective homebuyers, the supply of homes for sale remains stubbornly low.”

The five-year, adjustable-rate (ARM) mortgage averaged 3.84 percent, with an average 0.3 point, a 3 basis point dip from the previous week. The five-year ARM averaged 3.67 percent during the same week last year.