The coronavirus pandemic made a challenging real estate inventory situation for homebuyers in Massachusetts more difficult in March. 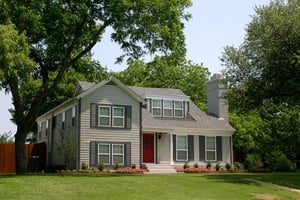 The number of months of single-family home supply plummeted 33.3 percent to 1.8 months on a year-over-year basis from 2.7 months in March 2019. About six months of inventory is considered a balanced market between home buyers and sellers. There is less than one month of single-family inventory in many cities and towns in the Greater Boston area.

Single-family home inventory has decreased 97 out of the last 98 months statewide. March 2020 had the fewest homes for sale in any March since the MAR began reporting inventory data in 2004.

Condominium inventory also fell in March 2020 to the fewest condos for sale in any March since MAR began reporting such data. The number of condos for sale dropped 27.8 percent, from 4,476 to 3,231 units on the market statewide.

The number of months of condominium inventory declined 32 percent in March to 1.7 months compared to 2.5 months in March 2019. The number of new listings in March decreased by 16.2 percent on a year-over-year basis to 2,297 units for sale.