The median price for a single-family home in Braintree, Massachusetts increased 7.52 percent during the first eight months of 2013; however, the median price declined 4.88 percent in August compared to the previous year, according to data provided by The Warren Group. 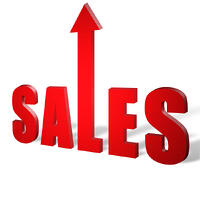 The number of foreclosures in Braintree, MA declined January through August, according to data from The Warren Group. There was only one foreclosure deed recorded during the first eight months of the year compared to 19 foreclosure deeds during the same period in 2012, a 95 percent decline.