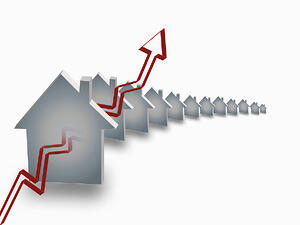 The median price of a single-family home in Amesbury, Massachusetts increased 9.49 percent in August 2013, according to data provided by The Warren Group, publisher of Banker & Tradesman.

Condominium sales in Amesbury were flat, with 11 condo sales in both August 2012 and August 2013. Through the first eight months of 2013, condo sales increased 54.35 percent. There were 71 condominiums sold January through August in 2013, up from 46 condos sold during the same period last year.