The National Association of Home Builders (NAHB) publishing arm recently released a study of what home buyers want in a home. 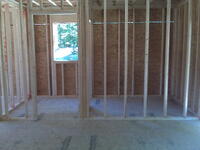 "The housing downturn of the last few years affected not only the number of new homes that are built each year, but also the characteristics, features and size of the ones that do get built.  Builders and other industry professionals now have an opportunity to find out what home buyers really want and will not give up in  today’s market, as well as which features they are ready to leave behind in light of current economic realities," according to the NAHB study released February 19, 2013.

The NAHB released What Home Buyers Really Want, a study that outlines home buyers’ preferences for home type and size, room layout and design, kitchen and baths funtionality, windows and doors, accessibility and outdoor features, electronics and technology in the home, energy efficiency and choosing a community.

The NAHB Economics and Housing Policy Group in 2012 conducted the study of home buyer wants based on a survey of home buyers nationwide. Results from the study are available by various demographic characteristics.

For example, "age plays an important role in a [home] buyer’s preferences, with the amount of space requirements dropping steadily as the age of the buyer increases. Among those younger than 35, the desired home size is 2,494 square feet, compared to 2,065 square feet among those 65 and older," RISMedia reported March 30, 2013. Of course, many houses in the Greater Boston area with nearly 2,500 square feet are too expensive for most young Boston home buyers.

What Do Home Buyers Really Want?

According to the study, home buyers want ...

• First and foremost, energy efficiency.  Some of the most wanted features involve saving energy, i.e. energy-star rated appliances and windows, and an energy-star rating for the whole home.  Nine out of ten buyers would rather buy a home with energy-efficient features and permanently lower utility bills than one without those features that costs 2 percent to 3 percent less.

According to the study most home buyers do not want ...

• An elevator – 70 percent would be unlikely to buy a home with this feature.
• High density communities or golf courses.
• Only a shower stall (no tub) in the master bath.