The Town of Arlington, Massachusetts was founded more than 375 years ago in 1635. The settlement was originally known as Menotomy, an Algonquin word. In 1807 the town was set off from Cambridge, Massachusetts and incorporated as West Cambridge. After the Civil War in 1867 the name was changed to Arlington in honor of the heroes buried at Arlington National Cemetery. 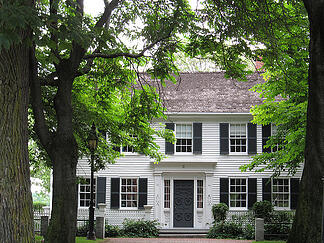 Arlington played a major role in the first day of the American Revolution. On April 19, 1775 Minutemen from the surrounding towns gathered in Menotomy and ambushed the British as they fled the battle of Lexington and Concord. More than half of the casualties that day fell near the Foot of The Rocks, known today as the intersection of Lowell Street and Massachusetts Avenue. Arlington, MA was also the site of the first free public library in Massachusetts opened in 1837.  Once a thriving agriculture and mill town, today Arlington’s excellent access to Cambridge and greater Boston make it a very desirable place to live and buy real estate. 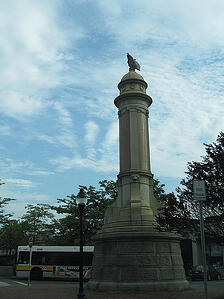 Arlington Recreation is a self-sustaining Department of the Town. It sponsors community events and offers safe affordable programs and facilities for citizens of all ages and abilities.  One of the most popular facilities is the Ed Burns Arena. Open from September thru March, it is a regulation size ice rink that is the home of the Arlington Hockey and Figure Skating Association as well as Arlington High School and the Arlington Catholic High School.  They also sponsor a full range of summer programs including swimming lessons at Reservoir Beach, voted by The Boston Globe as one of the top 10 swimming holes in the state.

Arlington’s strong sense of community, excellent public school system and public amenities make it a wonderful place to live, buy a home and raise a family.